Nowadays, there are more and more content needs, one of which is the need for video. Voice recorder applications are needed by many users because they can record sound clearly and can be stored on mobile phone memory. Here are the best quality voice recorder apps on HP that you can use: 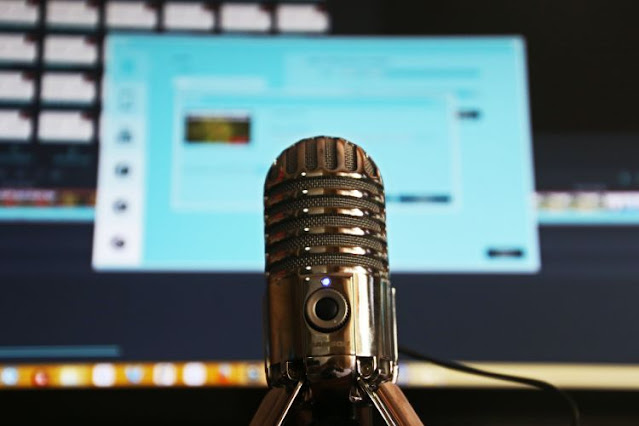 Previously, the voice recorder application was an application that can be used by users to record and edit voice, besides that it can also be used to share voice. Users can use this application for various activities such as recording singing activities to recording interview results.

There is indeed a built-in application found on mobile phones, but sometimes this application cannot produce clear sound quality, due to high noise in the recordings that have been made. Therefore, a good voice recorder app on HP is required.

Androis mobile phone users are currently widely used by users almost all over the world. The number of applications contained in the Google Play Store service makes users confused in choosing which application to use. Here's the voice recorder application on cellphones for mobile phones:

The resulting sound recording formats are M4A and WAV/WAVE.

Here's the information about the Audio Recorder app:

Here's the information about the Easy Voice Recorder app:

The next application is Hi-Q MP3 Voice Recorder, as with its usefulness which is an application to record voice on HP. This application provides two features including free features and paid features on the Google Play Store. Users can save recordings in a variety of formats.

Here are the features of this app:

Available in a wide range of audio formats

Recordings can be saved in small sizes

Can be installed in the Home Screen Widget

Recording button can be disguised

This application is supported with WiFi transfer

Here is the information about the Hi-Q MP3 Voice Recorder app:

The fourth application that can be used to record sound is Smart Recorder which can be downloaded for free on Google Play Store. The download of this app reaches 40 million users worldwide. This voice recorder app on HP has high quality and easy-to-use app display. Here are the features:

Does not record phone calls. The app can skip phone calls at the time the recording is done for privacy reasons to its users. However, this feature can be disabled and activated manually. Can pass a silent sound. In this application, users can delete the silent part of the recording, such as snoring during sleep overnight.

RecForge II is the next mobile voice recorder application. The app can effectively be used to record, edit, even share voice. With additional applications, it can replace the default application on the mobile phone. This Recforge II application can be downloaded with a size of 11 MB. The features are:

Freely adjust the playing rate, tempo, or pitch on the sound

The following is information about the RecForge II application:

RecForge II itself is a very good application for professional needs such as the current trend, namely podcasts. This is because RecForge will split the recording into several parts to make it easier to edit.

In addition, the scheduling feature in this application can also make it very easy so you don't forget to take notes. This feature is very useful for those of you who have a professional career in the field of voice recording such as singing or podcasters.

Not much different from other applications, this application serves to record sounds used in various needs. The advantage of the voice recorder application on a cellphone, namely Samsung Voice Recorder, is that users can record the screen while switching to other applications. Here are the features of this app:

Can record voice while using other apps

Can convert the voice that has been recorded to text.

The following is information about the RecForge II application:

Because it is made directly by Samsung, the advantage of this application is of course compatibility with Samsung devices. If your gadget environment uses the Samsung brand, it would be better to use this one application. Because the process of recording, editing, and sharing files will be much easier.

Voice Recorder Pro is the next app you can use to record your voice. This voice recording application on this cellphone has features, one of which is voice memos that can help users to create voices from text recordings. The resulting format is AAC/MP4/M4A. Its features include:

Can add notes or voice memos

Can export and import from Dropbox or Google Drive.

Here's the information about the Voice Recorder Pro app:

In addition, the features contained in it are also very helpful for professionals working in the world of voice recording. Some of these features include:

Cut the recording and save it right away

There are many language options

The first application that you can use to record voice on iPhone is an application called Voice Recorder. This application has a fairly good quality so there are many people who believe and use this one application, including iPhone users.

This is evidenced by the large number of users who have downloaded Voice Recorder on the Apps Store. Even this app is also here for Android users on the Google Play Store. This means that you can use it both on your iPhone and on your Android.

Some of the excellent features that this application has include:

Directly share to social media or save it in internal memory

The second voice recorder app on HP for iPhone on this list is the Dictaphone app. In terms of quality, Dictaphone may not be inferior to other applications. Dictaphone has many interesting features that are owned which are very supportive for various purposes including professional needs.

Besides the sound quality of the recordings produced by this application is also very good. For those of you who like to sing and be recorded, then Dictaphone can be a good choice. But for this purpose, usually the recording application can be adjusted to the type and type of sound.

For its own features, Dictaphone has interesting features such as the following:

Temporarily cut the voice recording and resume it again

Edit sounds with a wide variety of editing tools

Directly upload to the cloud

Recorder Pro is an app created by DU. DU itself is indeed famous as a developer who develops many recording applications such as video recording, screen recording, and also sound recording, where the application is DU Recorder Pro which we are discussing.

As an application born from a specialist developer of recording applications, there is no need to doubt the quality of this one application. If you are looking for an app that is safe in terms of quality for recording screen, then we recommend using this app.

Able to filter sound from noise interference that may occur

Sound editing after taking a recording, and much more.

However, if you still don't have budgeting for this, you don't need to worry because DU Recorder Pro can still be used for free with restrictions on some features. For light purposes such as doing tasks, this free version should still be able to cover the needs of its users.

The last voice recorder app on this list for iPhone that can be used is the Recorder & Editor app. This application is perfect for those of you who not only need a voice recorder, but also tools to edit the sound after it is recorded.

The app has both functions with equally good performance. That way, you no longer need to use third-party apps to edit your voice after recording it.

The advantage, of course, is that it saves more memory because you don't need to install other applications. The features of this application include:

Has many editing tools that can be used

Directly save the sound recording results

Export recorded sound to a variety of audio formats.

Just like DU Recorder, the app also has its paid version. If you're interested and want to use all the features to the fullest, then we recommend going with the paid version for a better experience.

There are many more screen recorder apps on HP that can be used. Above we have summarized the best and can be an inspiration for you. Each of these applications certainly has its own advantages and disadvantages. So choose according to your needs and tastes.